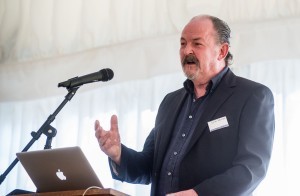 Hardwicke Circus are a massive eight piece rock ‘n’ roll band: a true rock ‘n’ roll collective, hailing from Annan, Ayr, Carlisle, Edinburgh & Helsinki & probably some other places that only ever existed in the 70’s.

Their music is indie rock, with a confident swagger. Evoking the early 70’s post Altamont malevolence of the Rolling Stones but dragging it kicking & screaming through a modern indie custom cab until it sounds like the Stones are covering Catfish & The Bottlemen. Of course it doesn’t hurt that their lead singer is a dead ringer for the young Mick Jagger & if that isn’t enough you’d swear that a teenage Pete Townsend was playing guitar?

We are so pleased to have Hardwicke Circus as members of Carlisle Ambassadors. Not only do some of us feel it adds a bit of youthful street cred to our portfolio (!), we also know that as they travel the country they are doing a huge amount to promote what we are doing, and what potential there is in the city. We hope it will encourage more musicians to see Carlisle as a centre of talent and possibilities.

Carlisle Ambassadors’ Involvement and InvestmentWe were delighted to hear from music industry giant Dave Robinson at our last meeting, – see the main page towards end for a short resumé of his credentials. In short, it is fair to say that teaming up with a music industry giant is no small feat for this band, and it really made many of us sit up and take notice of Hardwicke Circus.

After the meeting, many people expressed interest in investing in the future of Hardwicke Circus. It chimes with the aims of supporting talent in Carlisle and the county. Some have already committed, and if you are interested in doing the same, take a look at the project page for more information. You can download the form there.

Watch them live in Carlisle below