Jonny Foster of Hardwicke Circus on latest video and touring 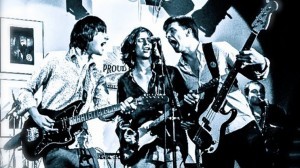 It's a real privilege to have Hardwicke Circus as members of Carlisle Ambassadors. In October, Dave Robinson spoke at our event, and from there a strong relationship has developed. Many of our members were part of Hardwicke Circus latest video, and really proud to be involved. Great fun, and the video is a great spotlight on Carlisle - a positive message after the battering of #StormDesmond in December.

Jonny Foster told us more about his passion for touring, developing the band and Carlisle:  Our northern roots are at the heart of the band, something that was at the forefront of our minds when sketching our initial video ideas. Hopefully this idea has came across well on the screen for our fans.

Capturing our honest view of the great border city involved filming at many locations, including ; Foxes Cafe; More Handles; Alexandro's Greek Restaurant; Carlisle Cathedral; Carlisle United Football Club; Vintage Barbers; News & Star; Moo Bar; Hell Below; The Halston; Pearson’s Dental Practice; Tech 4 Office and many more. It’s pleasing that many of these businesses are members of Carlisle Ambassadors and we are very grateful for their help and acting abilities!!

I must mention the cameo appearances. Suggs and Lord Bragg - what a pair. And the Mayor! Did he mention ticket prices? Again, what a huge help.

Everybody involved in Hardwicke Circus are mates of ours. From our sound guy to guitar tech, it’s a family spirit and something we have always encouraged. So when it was time to film the video we made sure that local lads BOSC Productions would be behind the camera.

Keeping it Carlisle is the way! So what about touring? Over the last month we have been travelling around the UK, visiting schools as part of our Back to School Tour. Essentially we have been treading over a beaten path. A lost road in the music industry.

Bands often comment on their touring schedule of only a handful of dates. That’s not touring. A few shows here and there barely scrapes the surface of what being a band starting off is all about. Come the end of March we will have played over 25 venues, and played at least two sets per venue. We’re honing our sound; learning our craft the proper way.

All of us in Hardwicke Circus want to avoid today’s current industry climate of computer backing tracks and over produced vocals doctored to some ridiculous length. We’re a live band and write all our own music. We want to develop our sound, show and presence naturally, and the schools tour has helped us do that.

The importance of touring is ever more apparent now that we’ve completed our first lengthy stint, and we look forward to many more gigs throughout the year.

Just a little extra note from us here at Carlisle Ambassadors - we've just found out that Hardwicke Circus now even have a coffee named after them. True indication of Carlisle's affection for the group!

The Loudest Roundabout in the World? Hardwicke Circus...

#GiveaDayCarlisle brings out the best